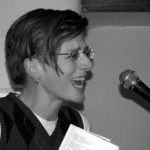 “Probably the best, most electrifying, new young reader on the circuit” (Carol Ann Duffy); “One of Britain’s most dynamic and powerful young poets” (Arvon Foundation); “Clare Shaw writes rawly and brilliantly” (Jackie Kay) … with a heap of critical and publications behind her – including two poetry collections with Bloodaxe – Clare Shaw is at the top of her game. With a background in women’s mental health activism, and a belief that words can change the world, Clare’s work is powerfully personal, passionately political, and in short, not to be missed.

A New Band A Day: ‘a band without compromise, and easy to love… Bold, brash and deserving of much more attention.’

Louder Than War: ‘almost indecently addictive… A thumping release of punked-up energy, the aural equivalent of being slung into a mosh-pit… A brooding pulse of slow-building energy that gives full vent to Zoe McVeigh’s impressive lung-power. Three powerful tracks at under ten minutes make for a deeply impressive calling card for a band whose time has, hopefully, finally come.’ 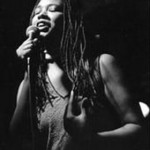 Michelle Scally Clarke is a performance poet based in Leeds. Her turbulent early life was recounted in I Am, a memoir written when she was 30 years old. Her first full collection She Is was published in 2003. See Michelle’s Facebook page here. 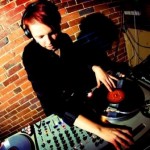 Immi Yeh
Immi is the founding director of Wombeatz and has been DJing for over 10 years, as well as teaching music and working as a live sound engineer and recently lending her hand to music production.

Passionate about all types of genres, her distinctive style incorporates everything from dancehall and dubstep, through to house and dance classics.

Immi Yeh is a multi talented and versatile DJ, with infectious enthusiasm and passion for music. One to always get the dance floor rocking.

The awesome, amazing and marvellous Manjit’s Kitchen will be setting up her No.1 Chat Station selling lovely vegetarian Indian Street Food and snacks; and we’ve got a brilliant raffle with prizes you WILL be wanting to win thanks to Hyde Park Picture House, vegan bakery That Old Chestnut, West Yorkshire Playhouse and many more!

All for a suggested donation on the door of a mere £3!

Please help us publicise our event –  download a copy of our Benefit Gig poster here (as a PDF) and display it.

Your call should be answered immediately during our helpline opening times, unless we’re on another call. If we’re closed or on another call you can leave us a message and we’ll call you back.